How to make geometry by jumping

Whoever thinks that mathematics is learned sitting in a chair, is that he does not know this activity to do geometry by jumping. Yes, movement and mathematics are often given by hand.

And is that having fun outdoors can be very linked to mathematical activities if you give free rein to your imagination.

Today’s activity will serve to learn different geometric shapes for both small and larger. You already know that the most important thing is that you adapt the level to the development of each child.

Before starting the jumping geometry activity

You can do this activity for children between 4 and 10 years old. It is clear that for each age you will have to adapt the geometric shapes. 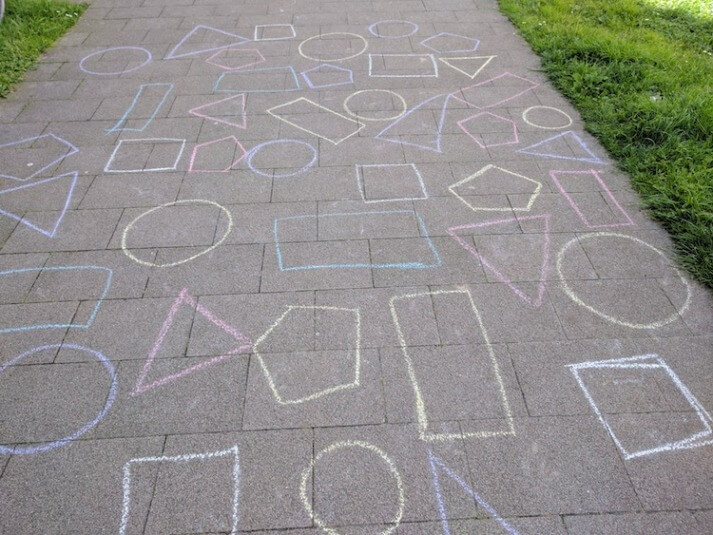 Before doing the activity you have to create a circuit on the floor of geometric figures. Like the one you see in the photo.

You can create it beforehand or let them participate and let them draw the figures themselves. Keep in mind that if you draw a same figure of different colors it will increase a little the difficulty of the activity, since it will not be possible to associate a color to a particular figure.

Keep in mind that you can do it as long or as wide as you want. The bigger it is, the longer the activity will last.

You can draw all kinds of geometric figures, depending on the age of the participants:

But you can also complicate it for the bigger ones and make figures in 3D like:

Once drawn the figures you can propose several games: 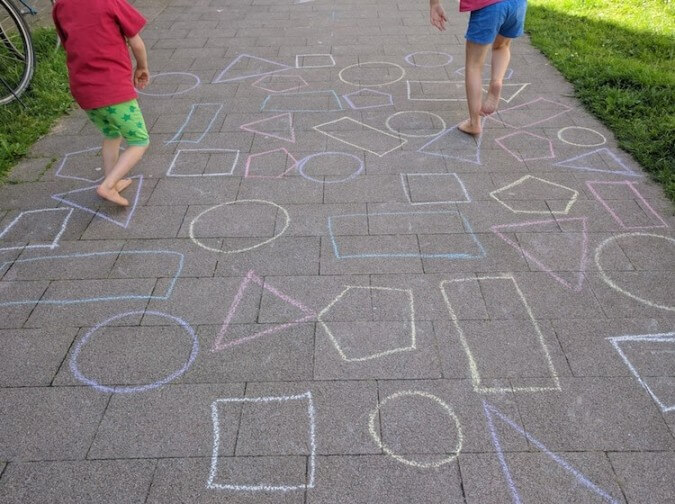 What do you think of the activity? Do you like mathematical activities with movement? Which of them will you put into practice?