What is the Difference Between Preschool And Kindergarten?

Do you intend to enroll your child in school? Would you admit them to a preschool or a kindergarten? Some readers may have already been perplexed by the final two words since they often use them synonymously. So, do you know the difference between preschool and kindergarten?

Preschool is a type of educational institution that introduces small kids to a formal education system primarily through play and happiness. As a result, the child develops an interest in exploring and learning new things. It increases children’s thirst for education.

On the other hand, kindergarten is a more disciplined phase of preschool that often takes a more straightforward learning approach.

Since many people don’t know the difference between preschool and kindergarten, this article will focus on their fundamental differences. Besides, the readers can explore other facts and common FAQs. So, let’s begin.

What is a Preschool?

Preschool is an early childhood education activity in which children learn different things with fun under the supervision of highly trained professionals. The goal is to introduce brilliant young minds to formal education in an enjoyable and safe environment. 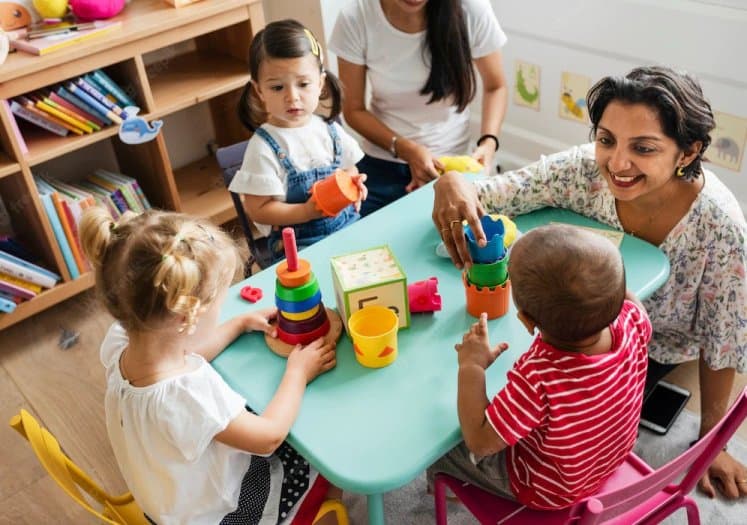 While some people take daycare as equivalent to preschool, it is vital to understand that preschools are more than just daycare that focuses on development through learning rather than merely allowing parents to work.

The structure of preschool varies from state to state. However, preschools in most states have three levels:

What are the advantages of Preschool?

There are numerous advantages of preschool. The following are the primary benefits:

Kindergarten is a more formal education program that focuses on learning through entertaining yet practical activities to improve skills. Students must attend the class regularly and for a longer time than in preschools. However, most kindergartens, like preschools, try to educate children’s social skills, self-esteem, and academic competency. 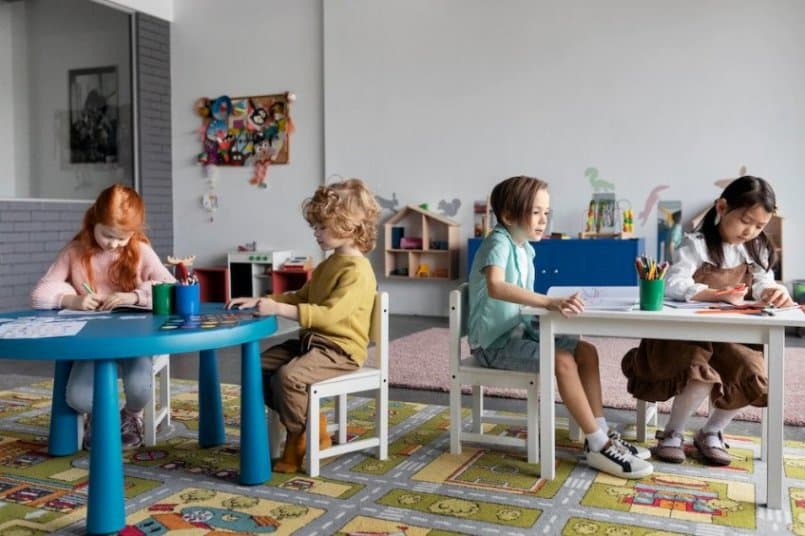 “Kindergarten” is a German phrase that refers to “garden for children.” This concept refers to an environment where children can develop naturally. Friedrich Froebel, a German educator, coined this term in 1837 because he felt that children should have the chance to play and explore in a natural setting before starting more conventional education. This feature is still prevalent in kindergarten programs today, where the emphasis is on play-based learning.

However, kindergarten education is mandatory for children under the age of five in some countries, such as the United States of America, Canada, and some states of Australia. Children aged 3-5 can enroll in kindergarten in these states after completing an entrance exam.

The admission exams includes basic concepts of mathematics, English, and moral science. Most of the time, the admission exam is pretty simple and informal. However, some prestigious schools take a more formal approach to these tests. Therefore, preschools have to prepare the students for this exam.

The key advantages of kindergarten education are as follows:

Read: When is the best time to take babies to kindergarten?

Difference Between Preschool And Kindergarten

Note:
In some countries, people use the words “kindergarten” and “preschool” synonymously since they refer to the same educational method.

What is the distinction between preschool and pre-K?

There are many differences between preschool and pre-K regarding class focus, age, and curriculum structure. But the main difference is that preschool doesn’t focus on academic studies. It focuses on elementary learning, enhancing a child’s emotional and communication skills, while pre-K focuses on basic academic studies, such as math, English, and basic science. So, the kids can pass their entrance exam to kindergarten.

Which comes first: kindergarten or nursery?

There are several levels of preschool education. Nursery schools are one of them where professionals teach little youngsters for 3 to 5 hours. Students can enter kindergarten schools after completing nursery education.

Top 5 Types of Preschool Curriculum for Toddlers and Kids