Choosing a course no longer only depends on the university, the subject of the same on our availability. Economic factors are increasingly weighing on the decision, which at first seems only academic and professional but it also constitutes a financial decision. 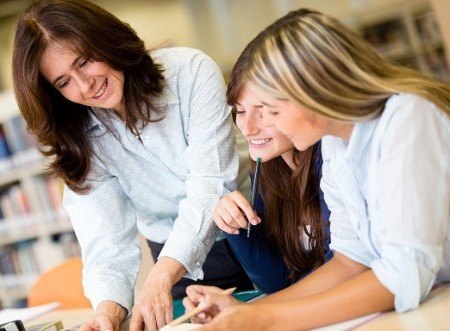 Choose a degree or postgraduate implies an investment and therefore a plan of financing, that each day must be better calculated. In some countries, the debt of students who try to cover their study costs with loans reaches levels that are really difficult to afford with the salary that a college student can earn. Because of this, what should be a process of enjoyment and learning becomes a real ordeal.

Avoiding this is possible. Beyond the scholarships that offer financing plans and financial aid, there are other alternatives that should be considered when choosing a course. An example is the place of studies. There are countries where tuition fees are low or almost zero, so choosing them will be an excellent choice if you are looking to save and forget about economic concerns to focus on learning.

Do you want to know which ones? In this article we present 4 European economic destinies for those looking to study abroad without squeezing their pocket.

In some cases fees are charged which generally do not exceed 250 euro per quarter, so studying in Germany would be considerably cheaper than doing so in other country.

Related: What Are The 4 Processes Of Observational Learning?

While the courses are not completely free, it should be noted that these are significantly cheaper than other destinations. The most economical universities are: The Hague University, Tilburg University, Erasmus University Rotterdam, Maastricht University and The University of Amsterdam.

One of the great advantages of the Netherlands is that within the national territory the most used transport way is the bicycle, so that in addition to the studies you can also save on transport.

Most public universities are free or really cheap, especially if you sign up for full-time courses where prices are lower. The University of Warsaw, The Jagiellonian University, Adam Mickiewicz University, University of Silesia in Katowice and The Poznan University of Economics and Business are among the highlights.

Although have a cost that could be considered as a medium, the university rates in Italy are significantly lower than those in other countries, which could be considered as an economic destination compared to others. Usually these cost between 800 and 1,000 euro per year, depending on the center and the demand of the course in question.