Sometimes children may have trouble remembering the content materials, where they left their toys, or the schedule of their daily activities. In most cases it is because they do not have an effective memorization method that allows them to fix the information and access it easily. The good news is that there are different alternatives to memorize that children can learn and put into practice in their day to day, such as the Loci method.

The term Loci derives from Latin and means “places”. It is believed that it was the Greek poet Simonides of Ceos who created this technique. It is said that the poet was invited to the home of a powerful and influential man who asked him to prepare some verses for the evening. 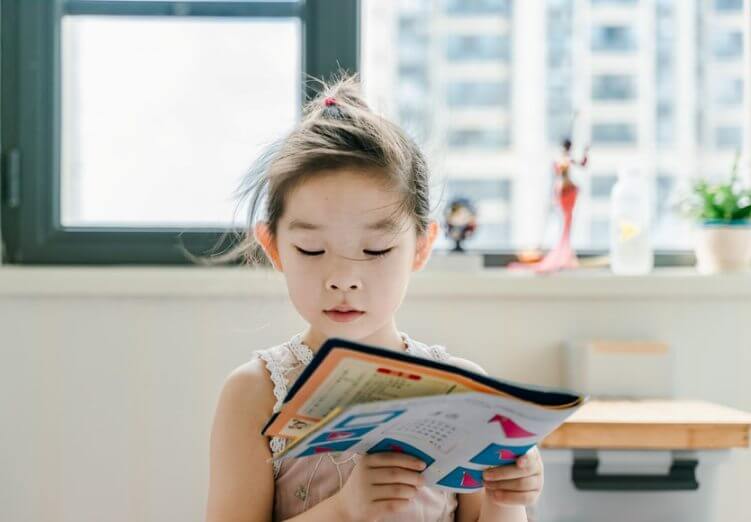 After listening to the poem, the host did not like it and after paying him less than agreed, he asked him to leave the house. Shortly after leaving, the house collapsed and the rescue squads asked Simonides to help recognize the unrecognizable corpses. Simonides had no problem identifying the guests just by remembering where they were sitting.

Thus it is believed that this technique arose, although it was not until sometime later that Cicero called it Loci. However, its use as a study method came much later since it is considered that it was Thomas Aquinas who first used it for this purpose. Since then, great philosophers, historians and all kinds of people used it to remember data and information more easily.

What is the Loci method?

The Loci method is one of the most effective mnemonic strategies to memorize any content. Basically, it is a method based on visualization in which the information to be memorized is related to spaces and objects that are known perfectly to improve their accessibility.

Its main objective is to awaken emotions by creating associations with mental images, usually absurd. In fact, the more ridiculous and crazy the associations, the more difficult they will be to forget.

In practice, the method consists of mentally recreating a narrative as surreal as possible, using elements that represent each of the data you want to remember. The key lies in evoking as many details as possible of the space in which the narration takes place, paying special attention to the sensations that the objects and circumstances arouse, as well as the smells, textures or even the temperature.

For example, to remember the basic parts of the cell, plasma membrane, nucleus and cytoplasm, you can recreate a story in which you are in the desert core of the Earth dressed in a spacesuit in which we see strange robot-shaped beings that are called cytoplasms approach.

As they approach we feel restless and fearful because we don’t know who they are or what they want. However, when they are only a few steps away, the beings remove their cell membrane and we discover some adorable little people who smile at us and invite us to show us that unknown rocky land.

The Loci method is not only an excellent exercise to remember but it helps to organize the information in the mind while giving it a specific order to access it in a more direct and organized way.

This makes it an ideal resource to memorize the same concepts of a speech as long lists, formulas or complex rules. In addition, although it is not a method designed to develop memory, it has been shown that, by training spatial memory, it improves mnestic function.

A study conducted at the Stanford University School of Medicine found that the use of mnemonic resources helps create new neural networks, while strengthening existing ones. This is because its use helps to reorganize the functional network of the brain to increase memory performance, which has a positive impact on the fixation of information and facilitates access to it.

In this case, the researchers created two groups of students to whom they gave didactic lectures. The researchers encouraged one group to take charge of their learning while the other was asked to use the Loci method. When evaluating what the students had learned, the group that used the Loci method performed better in the evaluations than the other group.

How to apply Loci method?

The Loci method is very easy to apply, but it takes a bit of practice before children get the hang of it and are able to use it automatically. The first step is to explain the technique step by step.

Related Topics: How to apply the ladder method?