How to be good at math?

Casual remarks like, “I’m not good at math”, tend to normalize negative positions towards this science, that is, if we think so, we’re going to feel that way, so we’ll never be good at it. In addition, mathematics are not numeric addition and multiplication skills, are about solving problems. Despite its bad reputation, we use the mathematics constantly, and with an effort we can all improve our ability. 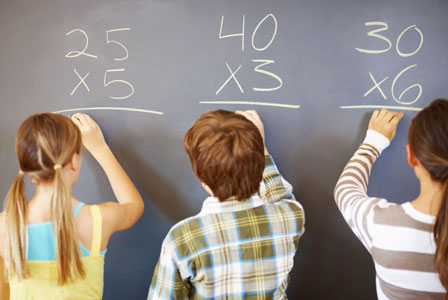 Does the genius is innate?
A study by the John Hopkins University in the United States in 2011 found that children developed a number sense doing well in math tests and concluded that the ability to handle numbers could be innate. Can you connect this with the secret of the genius of Einstein? When Albert Einstein died in 1955, scientists preserved his brain for future research. Despite some contradictions, experts said that the brain was different from the others. According to a study by Florida State University, Einstein’s brain had an “extraordinary prefrontal cortex”, which could have contributed to have large capacities.

We know that Einstein is the exception in the world. But do not be discouraged, all can come to be at least similar to Albert; experts say that it is not born, but makes a genius. However, factors such as family life, education or deprivation influence our ability with math. The practice is the basis of learning and the “mathematical genes” do not exist. Experts say that the effort to be good at math is necessary.

One of the great obstacles to become a mathematical genius is fear. And oddly enough, there is a condition called “math anxiety”: there are scanners that show that the affected area of the brain is similar to which is activated when we feel physical pain. The problem with this is that the brain dictates that you can not do it, and fear continues to insist. Giving up is the worst decision we can make. Any daily action requires a mathematical thinking: understand numbers and calculate risks are our mathematical reality for the world. In the background, we are all mathematicians.

5 tricks to get better at math

Confidence is the key
All tools and techniques are already invented: fret about applying them in an exercise. 50% to be a mathematician is to believe that you’re a mathematician.

Learning math is like learning to play an instrument
Do not pretend to learn in one day. Practice is the foundation of learning.

It’s okay to get stuck
If everything were easy, it would not be fun. Think from various perspectives and take your time, it is well locked, do not give up.

Divided the problem into small pieces
The combination of individual movements will make easier the way of the solution.

Find pattern
The math is more than finding the pattern of behavior: when you discover it run with advantage to resolve the problem.

How gamification model used in learning