What is Internet of Things: Microsoft explains it to you in 4 minutes

Standard by admin No Comments

Everything you should know about the Internet of Things explained by Microsoft in 4 minutes through an animated video…. 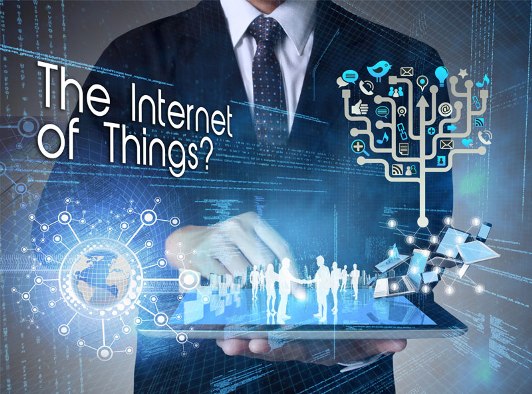 Microsoft says that over the next few years there will be between 30 and 50 billion connected electronic devices, a possibility that will materialize thanks to the creation and exchange of data as never before in the history of mankind. Internet of things will be responsible for interconnecting everyday objects, which will be identified by the network through a code. Find out what the Internet of Things is by watching an animated video from Microsoft that will only take 4 minutes of your time.

What is the Internet of things used for now?

Although still in an initial phase of its development, already begin to see results that anticipate its future success. So far the most significant achievements have occurred in the area of ​​environment and sustainability, for example with intelligent systems that connect devices to track energy consumption in households. Its application is useful not only to manage the expense or the convenience of using an apparatus, but to avoid wasting resources from governments and companies, legislating accordingly.

In South America, the Internet of Things is used to control deforestation, especially in remote areas of the Amazon that can not be frequently sighted by the human eye. The system consists of placing a chip in trees located in key positions to track which are cut, revealing illegal deforestation to the competent authorities. The impact on improving the quality of life on a global level will make the Internet of Things be implemented in virtually all the objects we know, leading to hyper-connectivity directly linked to efficiency.

What will be the Internet use of things in the next few years?

The connection of everyday objects with the Internet will generate an unimaginable volume of data that will be processed with advanced analysis, in turn transformed into predictive algorithms to work with automated systems that improve usability, productivity and profitability.

The limit to a technological way of life that will change our perspectives will be imagination: if all the objects can be connected to emit a series of data that help us to use them in the best way, we will solve problems that we drag from the origin of the times.

Marketing will be one of the best served fields, because so far you able to resolve the question of why they buy certain products and not others. Although it attempts to function as a predictive analytic that guides advertising campaigns to generate greater profits or generate a habit of consumption, it resembles a descriptive system.

With Internet of things even small traders will know which products should offer, as sensors will be placed to know what are regarded more, touch and buy. Medicine will be another area revolutionized by this invention, when you can know the heart rate, temperature, skin coloration and easy expressions that manifest pain, all in real time.