The gestures are the basis for a subsequent acquisition of verbal language. This lies in a clear difficulty for the learning of blind children, since they lack a look at the world in the first weeks of life, time in which the first noises are heard and the first images are seen that little by little make sense and they are related to each other. In this way they constitute their world, giving sense and meaning to everything that at first did not have it. 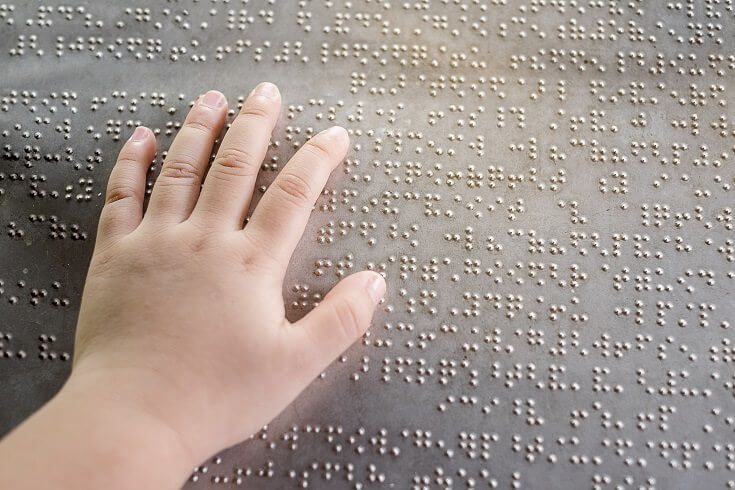 By not visualizing his interlocutor and, consequently, his gestures, it is impossible for the blind child to imitate the facial and body gestures of those around him, thus encountering an obstacle in his language development and making communication a challenge.

However, it is not an insurmountable limit, since there are other influential factors such as affective contact and attachment, creating a connection between the child and the other person. Touch becomes a bond for the little one, achieving a communication with others as successful as that carried out by a sighted child.

And the fact is that, although in the beginning many stones may appear on the way, the ability to overcome and a series of techniques that we will explain below make the task of possible communication and allow these children to relate to their environment through correct language and not far away of the one presented by other children without vision difficulties.

The problem comes when a series of references that are difficult to understand and acquire for the blind, such as the idea of near and far, begin to appear, since communication ceases to be affective in order to respond to notions of the surrounding world.

These are concepts whose understanding requires visual examples, which is why in the case of blind children they are quite difficult to explain. However, touch and movement are the weapons with which these children learn and internalize ideas, being able to do without visual references. Therefore, although the learning work reaches a higher level of difficulty, we are not facing an impossible one.

The child is evolving and with it the needs of the language. We come to the verbal stage, where the indicative gesture plays a role of great importance, and that the child acquires a new way of communicating, directing the gaze towards the named object, while pointing it out. During this process, physical contact is essential for the blind child to pick up an object or feel it, while pronouncing its name. 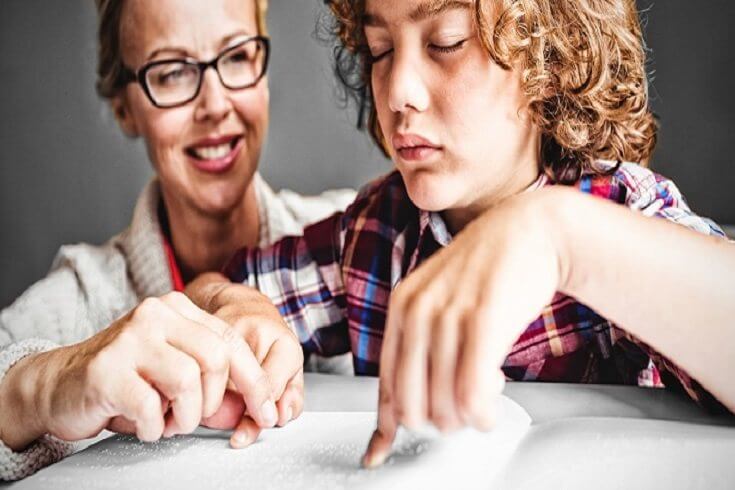 Despite the hypersensitivity these children experience, thus compensating for the lack of sight, the enrichment of their vocabulary depends in part on experiences. Some experiences are more limited but are compensated by relating one word to others, with visual information being replaced by verbal information. Thus, blindness is not an impediment to speaking and understanding the words of others.

Parents, Essential in the Learning Process

At this point, it should be noted that a child cannot be left alone in these circumstances, so parents must be involved to achieve an understanding in both directions. That is, it is just as important for the blind child to understand his parents as it is for parents to understand their child. It is in the latter case where there are usually more obstacles.

While in the case of a sighted child the parents are not obliged to make a special effort to interpret their gestures and communicate with him, in the case of a child who is blind this ability must be expressly developed. And it is that not being able to see, there is no cross of glances, so decisive in some circumstances.

That is why it is not possible to know exactly the level of attention that blind children pay at all times, as their gestures are not very expressive and, therefore, difficult to interpret. This requires an extra effort on the spouses, in order to detect the emotions of their child. The more attention, affection and understanding is devoted to the child, the better the child will develop her language and the way of expressing herself.

In short, touch and sounds are the basis of the initiation of language in blind children and that they enable correct learning, developing their verbal capacity to achieve communication like that of any other person without visual problems.

As these children lack the sense of sight, they develop more acutely the hearing and touch, and despite the obstacles that appear at the beginning of the learning stage, language initiation and its subsequent acquisition, as well as their development and evolution, the attachment and involvement of those around them, especially parents, make the seemingly impossible a few simple stumbles that will eventually disappear completely giving space to a person with the same verbal abilities as anyone else.